Franco Jewellers is one of those rare companies that launch exclusive collections, which consistently set the barometer for the most coveted accessories. Today, we are proud to be a jewellery retailer offering consistency, luxury, quality and with 50 years experience in the retail jewellery industry.

A creative passion for fashion and accessories runs in the Franco family. It began when Franco Ceresiani migrated from Italy in 1956 after completing a jewellery and watchmaking course and decided to begin his career in the world of jewellery two years later. Working in Ballarat for Thomas Jewellers, Franco planned to hit the big city where he managed the shop for Simpson Jewellers before deciding to place his own mark.

Franco opened his first jewellery shop in the city centre of Melbourne, just steps away from the GPO in 1968. The Elizabeth Street shop was the beginning of a successful family business that

Igrew to three stores over a period of three decades. Franco Jewellers became one of the only Italian jewellers located in the CBD at the time, and as a result built a strong and dedicated clientele. Featuring imported jewellery and Swiss watch brands, Franco’s success climbed and the range of jewellery offered expanded.

Nine years later Franco extended the business and opened a second store in Centrepoint, Bourke Street in 1979, with the third store opening in Melbourne Central in 1991. “In 1994, we were approached by Chadstone Shopping Centre to open a store so we ended up with three stores right up until 2003,” recalls Daniela. Today, Franco Jewellers has two boutiques located in Collins Street, one in St Collins Lane as a flagship boutique , and the other in the Manchester Building for a private appointment style boutique, offering privacy and one on one service. “We decided to keep both boutiques as we were able to maintain quality, more high end stock, and personalised service as there is a family member in both stores.” 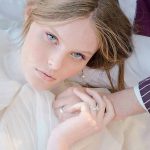 Are you a business owner on Collins Street?

The Collins Street address puts you ahead of the pack, giving you access to exclusive opportunities and connections that will drive the exposure and engagement of your business. A Collins Street Precinct membership gives you premium access to a brand, community and experiences synonymous with luxury, creativity, knowledge, collaboration and innovation.

Collins Street aims to deliver value to its members through exclusive access to business development opportunities, consumer marketing and activations and ongoing promotion of your business across Collins Street Precinct’s online channels and activities.

Join a community of engaged and forward-thinking business owners and experience the value a Collins Street Precinct membership will return to your business.